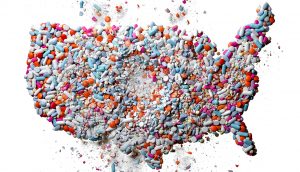 The Opioid epidemic has been making the headlines for a while, depicting the serious nature of what is now termed as a public health crisis.

At least 175 people in America die from a drug overdose on a daily basis. Of the 175 deaths, Opioid overdose is responsible for over 115 of them, as stated by the National Institute on Drug Abuse. Essentially, Opioids are the leading cause of drug-related overdose deaths in America.

The Opioid overdose crisis has been significantly crippling the economic and social sectors of the United States. With the number of overdose deaths only increasing year after year, American’s life expectancy is declining. This, in turn, is negatively impacting the country’s level of productivity, as well as its labor force.

As stated by the Centers for Disease Control and Prevention, 2017 had over 49,000 Opioid-related deaths. It goes without saying; the number of deaths is only increasing at an alarming rate. The increase of medical treatment centers seems to be of no effect in treating the crisis at all.

What gives? What seems to be the problem and how can this epidemic be rightly dealt with? Let us start from the beginning.

The History of Opioids 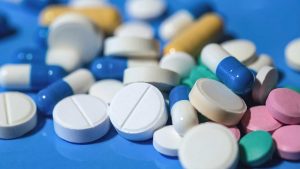 According to the Dean of the University of Pittsburgh’s Graduate School of Public Health, Dr Donald Burke, the drug overdose epidemic has been around for four decades. The epidemic, even though seemingly new, has been a problem since the 1980s.

Dr. Donald Burke continues to state that the growth pattern of the epidemic has been a predictable one. Notably, this is in relation to drug- overdose deaths in general. How about Opioid overdose deaths?

The Opioid epidemic, as numerous research and studies, suggest, begun in the 1990s. This was when doctors and pharmaceutical companies started over-prescribing Opioids as painkillers. Of course, this was aided by pharmaceutical organizations that assured the medical sector of the non- addictive nature of Opioids.

The over prescriptions of the drug encouraged its use and abuse on a much larger scale.  By the time State Laws restricted its use, a good number of American individuals were already addicted. Hence, addicted individuals sought ways to work around the Law restrictions opting for cheaper forms of Opioid drugs.

Despite the alternative forms of the drugs being cheaper, they are said to be a lot more dangerous. For instance, fentanyl, which is a synthetic Opioid, contributed to at least 30, 000 overdose deaths in 2017. Cheaper doesn’t necessarily mean safer.

Now, from the above statistics, what three major areas have we noted? According to the Centers for Disease Control and Prevention, there are three major factors that have contributed to the rise in Opioid overdose deaths. They include:

By the time 2017 rolled around, the United States Department of Health and Human Services (HHS) acknowledged it as a public health emergency. The HHS, together with the National Institutes of Health (NIH), is working towards alleviating the epidemic through a Five- point strategy.

Through the implementation of their Five- point strategy, they hope to increase the accessibility of treatment centers and creating better ways/ practices of managing pain, among others.

To better understand this rising epidemic, let’s look at what Opioids are exactly.

Opioids were prescribed for the sole reason of providing pain relief. However, their use has evolved and changed, leading to serious and life-threatening consequences. Opioids are often classified as depressant drugs that aid in providing pain relief when needed. Additionally, they also stimulate feelings of pleasure and euphoria.

These drugs, in particular, interact with the central nervous system and influence the release and overproduction of certain neurotransmitters. For instance, they increase the overproduction and release of dopamine bringing about feelings of euphoria and heightened pleasure.

There are a good number of Opioids that range from prescription pain reliever and synthetic Opioids to heroin itself. Notably, even the legal pain reliever can cause harm if used for the wrong purposes.

Other than its highly addictive nature, heroin also ranks as one of the most dangerous drugs on the planet. Its high potency reveals a higher risk of causing death as compared to other drugs.

Heroin is an illegal drug; hence, it is often purchased illegally. Illegally obtained substances are not quality controlled and the chances of them being contaminated or laced are high. This makes heroin even more dangerous and harmful.

Additionally, heroin use poses another risk to their users. Recent research confirms that this drug increases the chances of contracting a host sexually transmitted diseases, as well as HIV.

Fentanyl is often compared to morphine in terms of similarities. Yet, in terms of potency, it has been found to be over 50 times more potent than morphine.

Unfortunately, Opioid painkillers are often abused and misused. The fact that medical practitioners are wrongly prescribing them doesn’t help either. The recreational use of legal Opioids still leads to death as well as other serious consequences.

Now, how do Opioids work and interact with the brain? What makes them highly addictive?

The Addictive Nature of Opioid Drugs 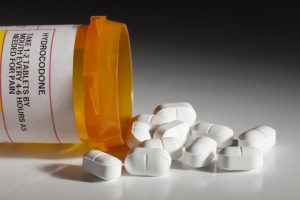 As previously mentioned, Heroin is the topmost addictive drug in the entire world. Yet, how can one define addiction? What is an addiction exactly?

An addiction, as described by the addictioncenter.com, is often characterized by compulsive behavior. A person is said to be addicted, he or she repeatedly uses the drug or indulges in the activity regardless of its harmful effects.

The American Association of Addiction Medicine has a better definition of the term addiction. According to them, addiction is a chronic disease that affects that affect the brain’s motivation and reward system, as well as memory capabilities, just to name a few. The use of certain drug substances causes the above circuits to dysfunction affecting a person’s behavior.

An individual that is addicted to a substance finds it hard to abstain from using it. Instead, he or she uses the drug to survive and function properly. Once a person becomes dependent on a drug, they grow to become tolerant to it. At this point, the user is lily to increase their dose so as to feel the effects of the drug.

The more an individual uses the drug, the more likely he is going to get addicted to it. If a person finds it hard to stop using the drug, they are said to have developed an addiction. They often experience withdrawal symptoms once they try to stop which can be highly uncomfortable.

That being said, this still begs the question, why are opioids so addictive?

The neuron will then send the wrong informational signal to the brain, the spinal cord and the peripheral nervous system. This can lead to an increase in the release of certain neurotransmitters such as dopamine, heightening the feelings of pleasure and euphoria.

Below are some of the areas in the brain that are affected by Opioid consumption:

For example, Opioids can slow down a person’s heartbeat or interfere with breathing. If not dealt with, this can lead to unconsciousness or even death.

Dopamine is specifically known to cause us to repeat pleasurable activities. This could explain the repetitive nature of drug users.

However, over time, the circuit gets used to the drug, making it harder and harder to reap the effects. For the user to experience the effects, he or she will have to increase the use of the drug. This is why drug users and addicts tend to seek out more of the drug.

Moreover, the reward circuit will lose its sensitivity and only the drug can bring about these emotions. This is why drug abusers and addicts lose interest in activities that they once found pleasure in.

Opioid addiction is a complex disorder, and anyone that uses it is at the risk of developing it. If you or your loved is addicted to the drug, you are advised to seek medical and professional help. Below are a few symptoms that often accompany Opioid addiction.

Signs and Symptoms of Opioid Addiction

Notably, signs and symptoms of Opioid addiction differ from one person to the other. This is because certain factors, such as the length of use, tend to dictate the symptoms a person exhibits. They include:

Can Opioid Addiction Be Treated 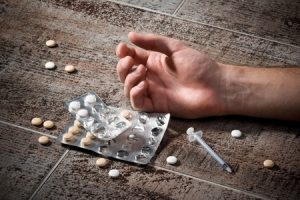 Opioid addiction is treatable. The first step has to start with the addict; he or she has to be willing to seek treatment. It is important to note that trying to stop the addiction without seeking professional help might not work.

Willpower will not get you through the addiction, or completely heal you from it. If you opt to do this, you will only relapse numerous times and get greatly discouraged. Moreover, you are also likely to experience withdrawal symptoms that will make it harder to stay away from the drug.

Withdrawal symptoms are often uncomfortable and can range from mental to physical discomforts. They include the following:

That being said, the type of treatment a person receives varies. Certain factors should always be considered. They include:

So, what are the treatment options that are available for Opioids addicts?

The patient receiving treatment can easily relapse due to external factors, such as peers.

The Inpatient treatment plan is the exact opposite of the outpatient one. This type of treatment requires the addict to stay within the treatment center for observation and treatment. The care and help the addict reserves is available around the clock, making this treatment plan more effective.

The environment often provided is often strict and controlled. This helps keep external factors and pressures that may lead to a relapse at bay.

Residential is very similar to the Inpatient type of treatment plan. However, the housing provided is often short- term. Yet, the patient will receive reliable treatment from professionals in a controlled environment.

This type of treatment is also known to be effective.

The individual under treatment is advised to never share his medicine with any of his peers. Stick to the instructions given and provided by the medical professional. Treatment drugs differ from person to person, since addiction cases are likely to be different.

Signs and symptoms of an Opioid Drug Overdose

We already know the signs and symptoms that indicate Opioid addiction. Yet, how can one tell if a loved one is having a drug overdose? Notably, Opioid overdoses are known to slow a person’s breathing rate and ultimately lead to death.

If you know that you or a loved one is addicted to Opioids, it is imperative that you remain aware of these symptoms. Below are symptoms that often indicate that someone is having an Opioid overdose:

Doctors are urged to look for other forms of other pain-relieving drugs, other than Opioids. HHS has joined in this fight and is seeking better alternatives and practices to treating pain.